Pat and I enjoy discovering and photographing old railroad trestles. This trestle was discovered on the Grand River near Rives Junction, Michigan. There was a viewing point pull off that made landscape pictures possible. I wanted some close-ups and some shots from the bridge. To get to the trestle I fought my way through the forest primeval. To my surprise, I came upon a mosquito convention attended by every mosquito in Michigan. After donating a few pints of blood, I reached the trestle and walked out on its still sturdy ties. Next time I will bring a pith helmet and machete. 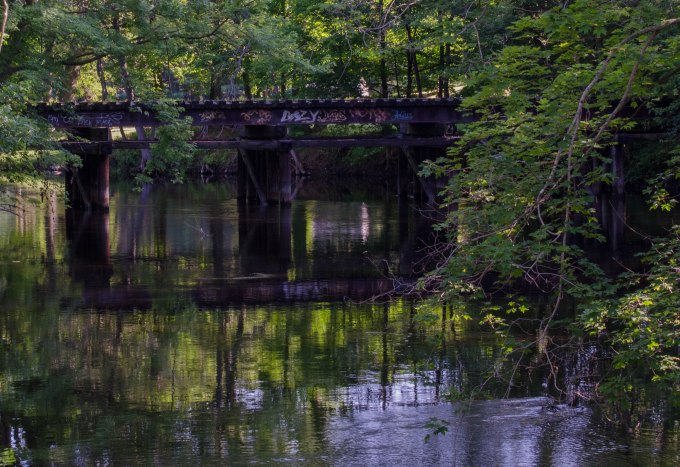 Shore Reflections taken from the Trestle

Today I want to tell you a story. The story is about a beautiful reminder of the glory days of railroading; specifically a nearly forgotten trestle. Pat and I came upon this trestle during a summer photo outing, thanks to a tip from a local photographer. We visited the location but had difficulty getting pictures due to mature Summer foliage and mature aggressive mosquitoes. We decided to write down the middle-of-nowhere location and return in the Fall in hopes of clearer views.

The trestle is within a couple of hundred yards of the intersection of two gravel roads. From the bridge of the busier gravel road the trestle is barely visible. Look toward the top of this image and you can see the support structure.

From the other gravel road, we could see the trestle in its beautiful – almost magical – setting. Leaves were gone, but trees still obstructed any clear view.

We knew we would have to go down the trail to the trestle to get the shots we wanted. 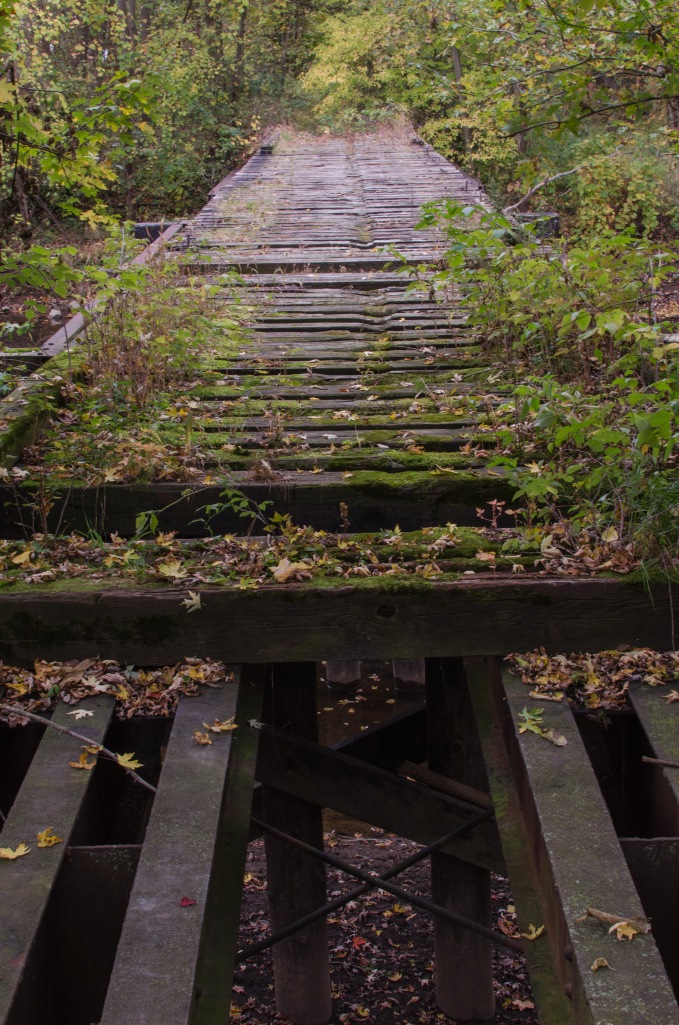 The rails had been removed from the ties, but the ties were mostly intact. Some of the rivets were intact, some popped loose, and some entirely missing. 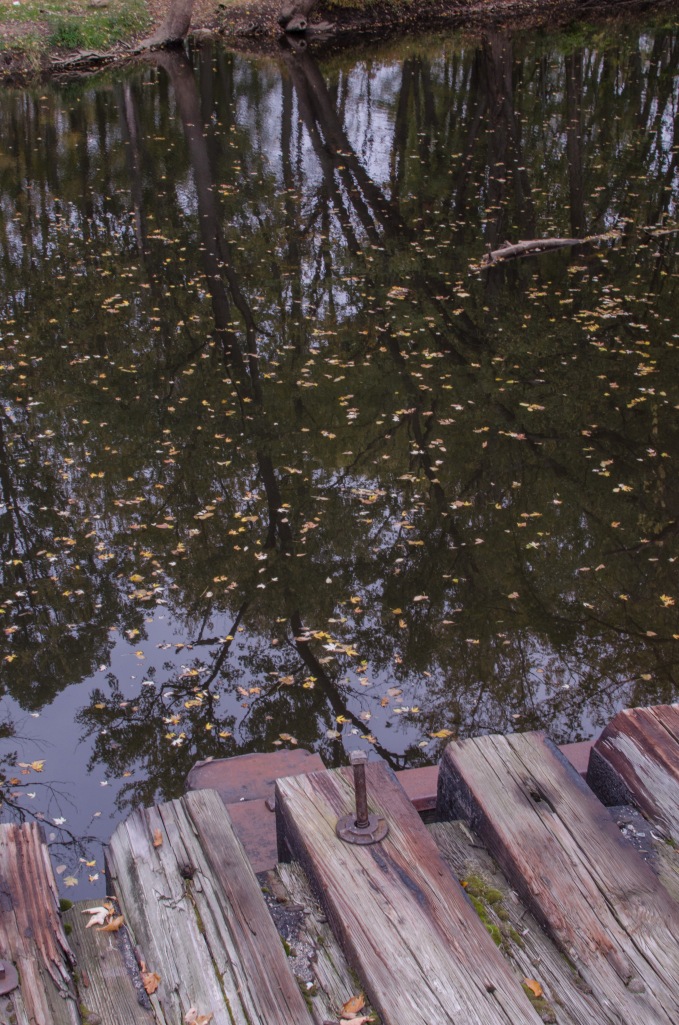 Crossing the trestle involved some larger steps where ties were entirely missing or deemed too risky by my more responsible side. 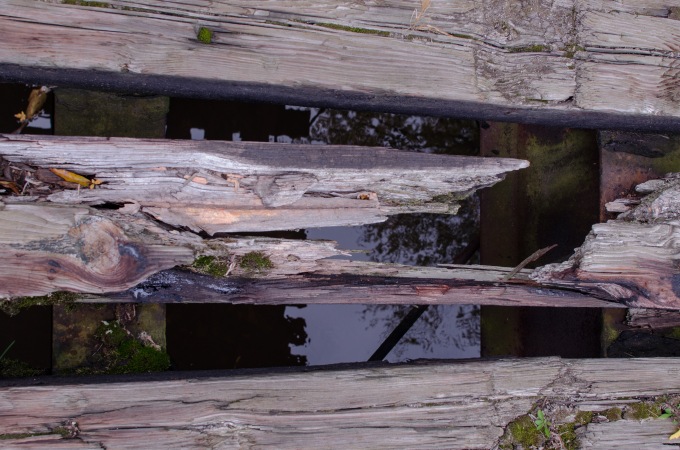 I made it safely to the other side intact with my camera and two lenses. I shot a picture with my zoom lens first, to capture the simple engineering of the trestle. 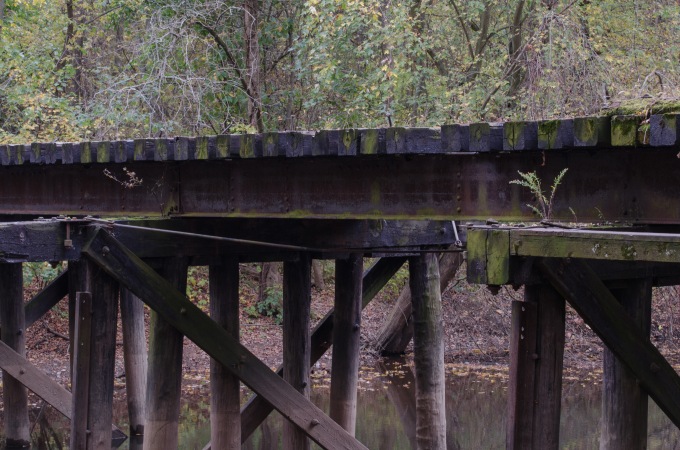 Then I changed lenses and used a wide-angle lens to capture the image that I had held in my head for weeks. It was overcast, but still a good day.