Over the last four years I have taken well over 10,000 photos. I have many favorites, but worked hard to very subjectively narrow this post to 10. The captions for each picture will give you the context, the month and year, and why that particular shot is one of my favorites. I couldn’t rank them, so I decided to show them in chronological order. I hope you enjoy both the photos and the back stories.

This shot was from a trip with friend Pat to Binder Park Zoo. The “yelp” of the peacock sounds very much like a child crying out for “help”. I followed this particular peacock around until the background was right and the majestic male let out his call. May 2013

Morning light and dramatic shadows drew me to this shot at the Naples Botanical Gardens in Naples, Florida. The grasshopper like creature is a 4″ long lubber. I had a 16 x 20 print on metal made of this shot from May 2014.

I was walking through our front yard garden on the way into our house when I did a double-take at this sight. I quickly got my camera in hopes that the tiny toad would still be resting in this daisy. It was, so I took a few pictures. This is not a photo shop image. It is presented “as was” in July 2014.

This image and the next were taken on another visit to Naples, Florida to spend time (and take pictures, of course) with my friend Pat. This image was taken at the beginning of a beautiful sunset when enough light was still getting through under the pier. It was a somewhat involved shot because of the still bright sun and the much darker shadows. I took a few shots before I got one I liked in March 2015. 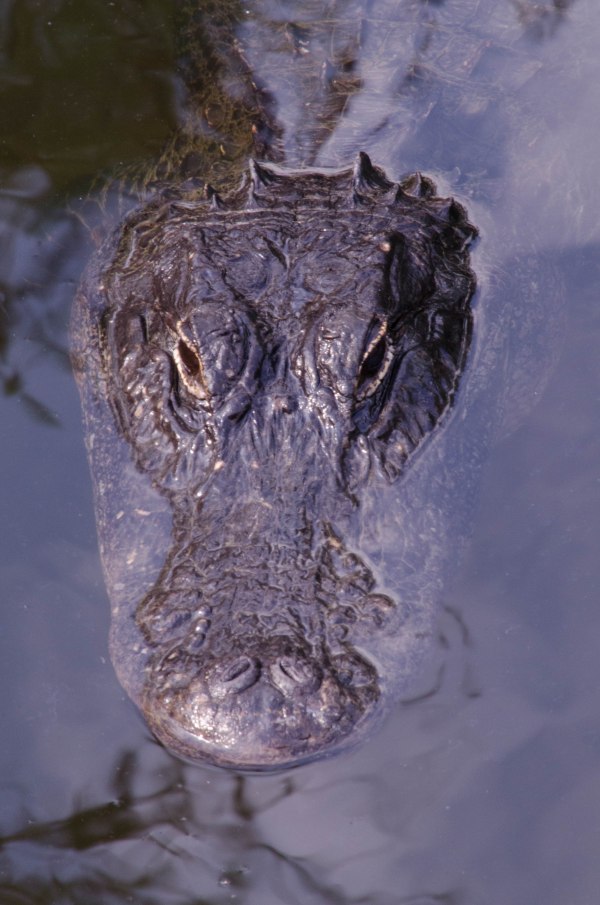 This menacing image was take in a trip to the Everglades. It comes with a story. Pat was driving and I was on the passenger’s side. We made frequent stops at open areas in the dense glades to catch images of rare birds and not-so-rare gaters. At one stop. I began to step down, but stopped when I heard a hiss. A 12-foot gater was letting me know that if I stepped on his tail (which I would have without the timely alert) there might be consequences. I pulled my foot back in the vehicle and suggested Pat pull forward a few feet. This shot was taken at 300mm on my zoom less from the safety of a bridge. March 2015

In one of our gravel road travels, Pat and I were given directions to this old railroad trestle bridge. The setting was quite magical and we had to work hard to find open shots that did justice to the beauty of this spot. July 2015.

This cat was behind a rather dirty window in an antique shop that was not yet open. His penetrating stare never let up as I took a few shots. July 2015. 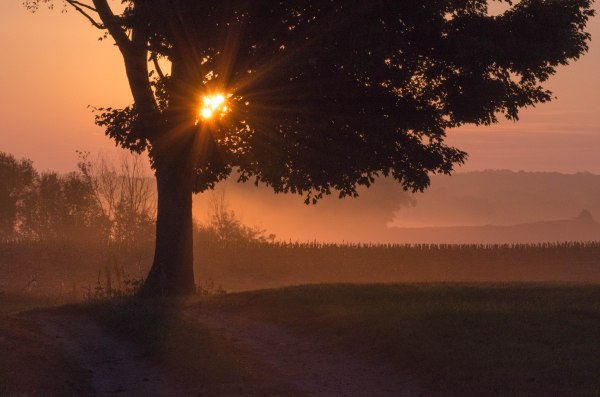 Pat and I usually try to get out for the morning golden hour; that hour just after sunrise. You can sometimes see some of the same enriched color in the evening golden hour before sunset. Pat was driving this particular fall morning when I excitedly told her to look. She looked, stopped, backed up, and pulled into a driveway. We were treated to about 15 minutes of a world of gold. The morning mist only enhanced the magical quality of this morning. This was my favorite shot from the day. I deliberately blocked the sun enough for the gold to show through, but hoped that I could also get the sunburst rays. It worked . . . at least to me. October 2015 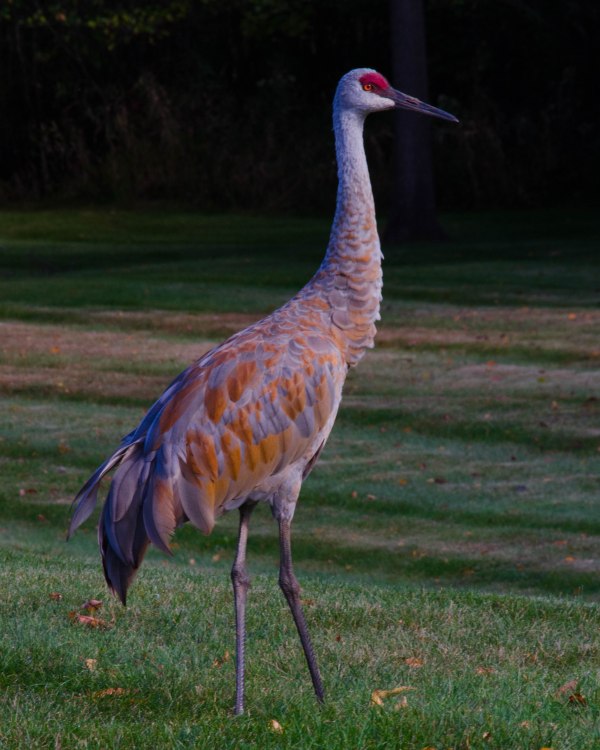 For over two years I hunted for a quality shot of the Sandhill Crane. They are a skittish bird and usually fly away if they see you coming towards them from even a couple hundred yards away. When they fly, their silhouette looks like a prehistoric bird in flight. I was able to slowly move to within 20 yards of this regal bird because someone was feeding them and they were used to humans. Up close, the Sandhill Crane is really a magnificent bird. October 2015

This image was captured at the Meijer Gardens in Grand Rapids, Mi. This still life image of limes hanging in front of a large clay pot caught my eye for its color contrast, its symmetry, and the textures. If you look closely, you can even see a water droplet on the lower lime. May 2016.

I took this close-up of a trumpeter swan at the Kellogg Bird Sanctuary. The sanctuary is home to Canadian geese, the more common mute swan, rarer trumpeter swans, and a very rare black Australian swan. I stayed at one spot long enough that this trumpeter swam by close enough for me to catch this wary-eyed profile (with my 55-300mm zoom lens). I love the detail, the gaze, and the sun reflection off the swan’s nose. November 20016

We had a combined Christmas and Thanksgiving day (Thanksmas) with our two oldest and their families that started at Meijer Gardens in Grand Rapids. We toured the conservatory gardens and admired the Christmas trees that were decorated in the manner of countries around the world. We had a picnic style lunch at the Gardens, viewed an indoor statue display, and then headed to our middle son’s house where we hung out and enjoyed a grilled-in-the-snow pork tenderloin. Here are a few shots from the Meijer Gardens.

A Cactus from Above