Like most cruise ship ports of call, Cozumel welcomes visitors with stores, kiosks, and music; all seeking your money. 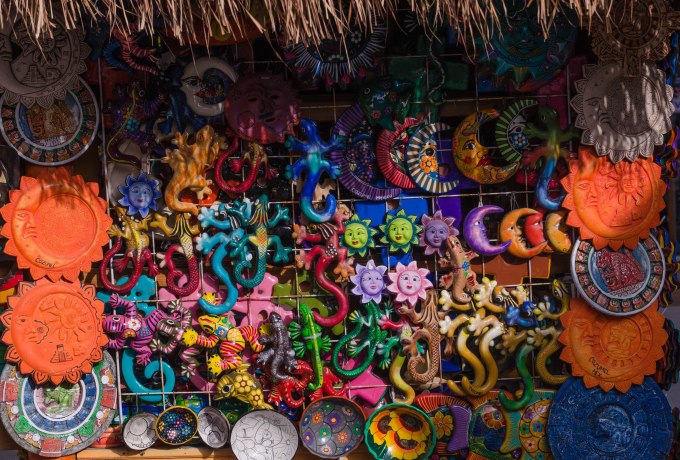 Once we found our guide and bus (air conditioned!), we went to visit a Mayan historical site. The roots of Mayan culture are found in Guatemala from early in the second millennium BC. The culture spread northward as far as southern Mexico. The peak of the culture was around the 7th century AD. The place we visited was a site for fertility. Couples would come to this site to walk up very narrow steps to an altar to be blessed under a full moon. The steps were narrow because ascent was done climbing sideways instead of straight on. 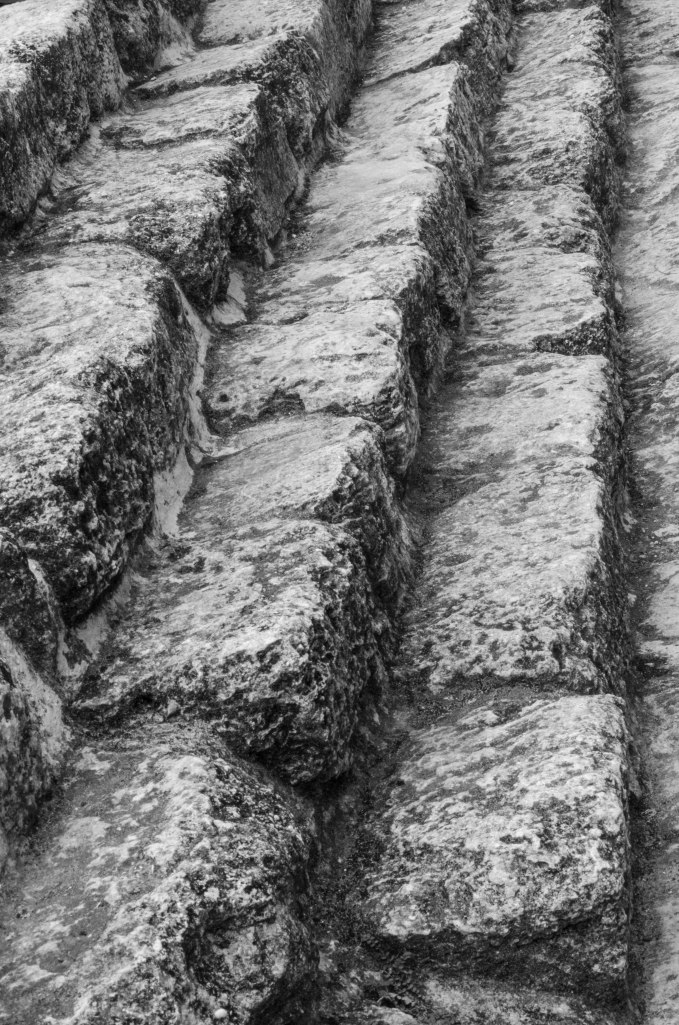 Close Up of Steps

One of the mysteries of Mayan construction are the red hand prints found at many cultural and scared sites. Hands with fingers up are presumed to indicate life and birth, while fingers down are believed to indicate death.

The Mayan culture was very advanced with paved roads 8 feet wide and 3 feet deep as well as sidewalks and arches.

The site has flowers and iguanas as well as ancient ruins. It seems that nature perseveres even when cultures disappear. 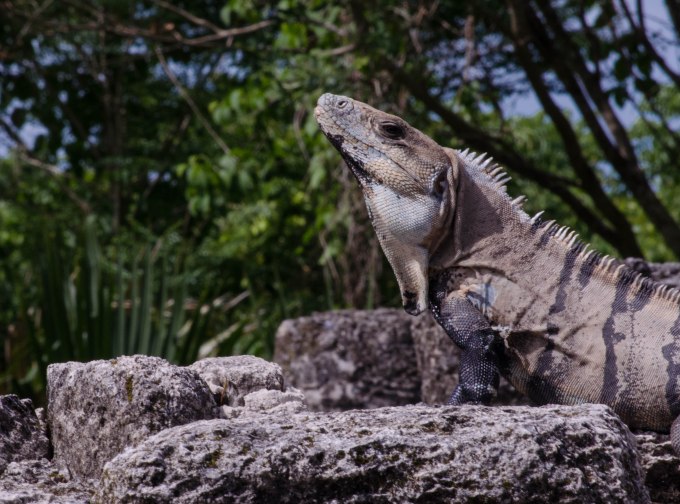 Hope you found this brief peek at a mysterious culture interesting. 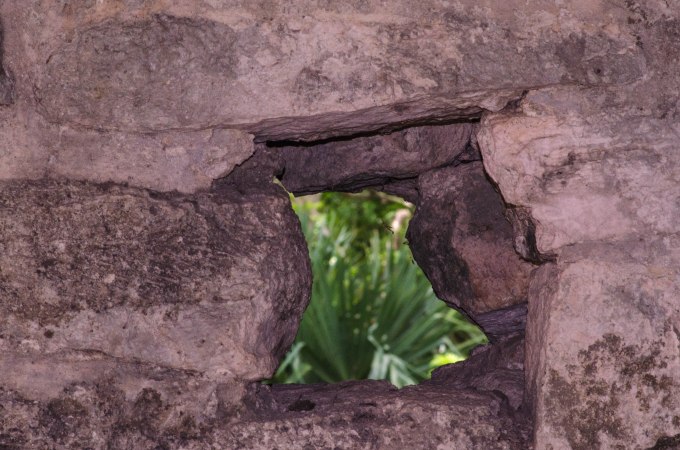