While driving down a country road near me, I came across a sadly rundown Victorian house that still presented herself with hints of her former beauty. The house has three porches that all appear to be original. One porch is on the northwest corner of the house, one on the southwest corner of the house, and one facing south. I took other pictures, but these are all from the porches. 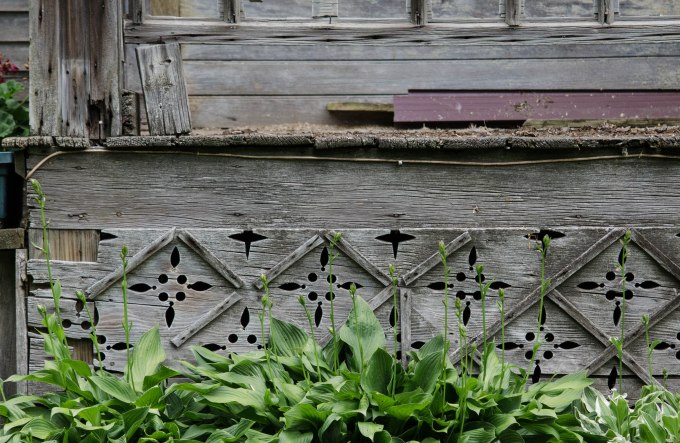 The fourth picture is from the corner of the south-facing porch. And the last picture is a black-and-white image of the detail in one of the northwest porch posts. If the porches are still sound, any one of them would be a great place to sip a cool beverage on a hot day. 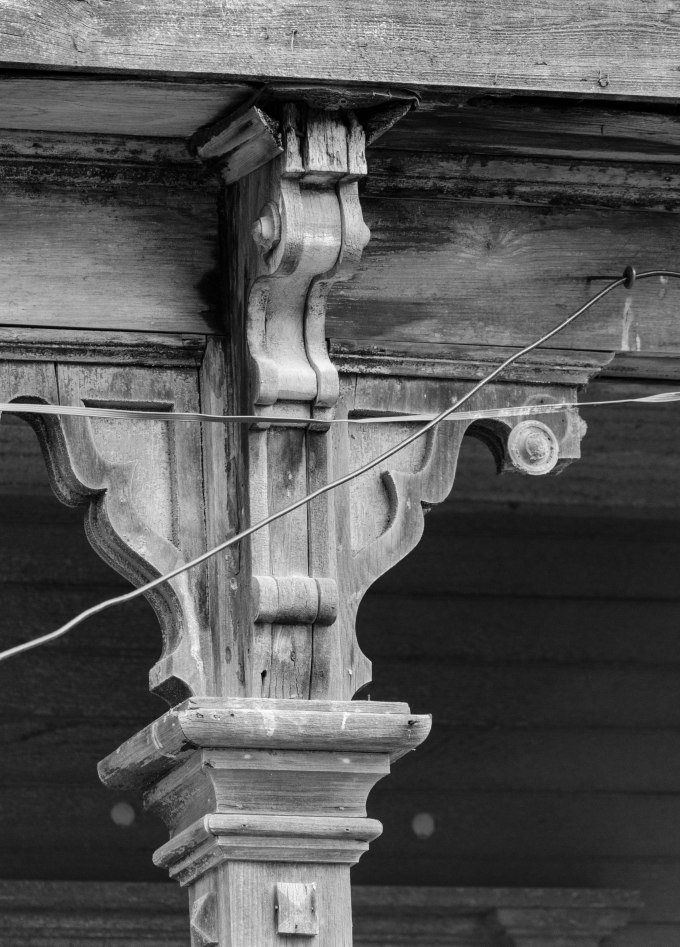